Your benchmark system results are below.

This system was built on June 10 2018 by a GSB user, but may have had out of sample data that was older.

It was live traded by the user and myself. Results included 1 tick slippage and $2.40 per side slippage and commission.

Note the setup used gave poor statistics using the current GSB methodology. This is because the setup was not idea and we did not have the methodology

when this was originally built. Regardless out of sample was excellent. 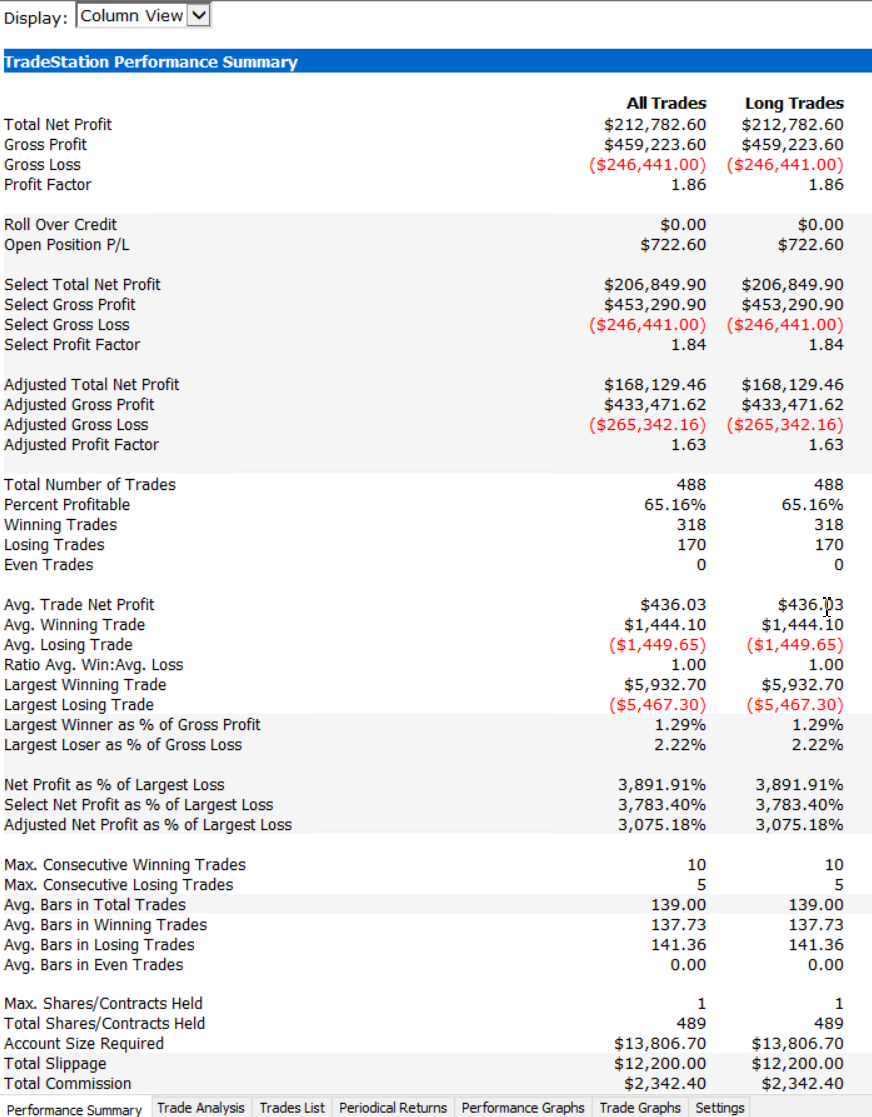 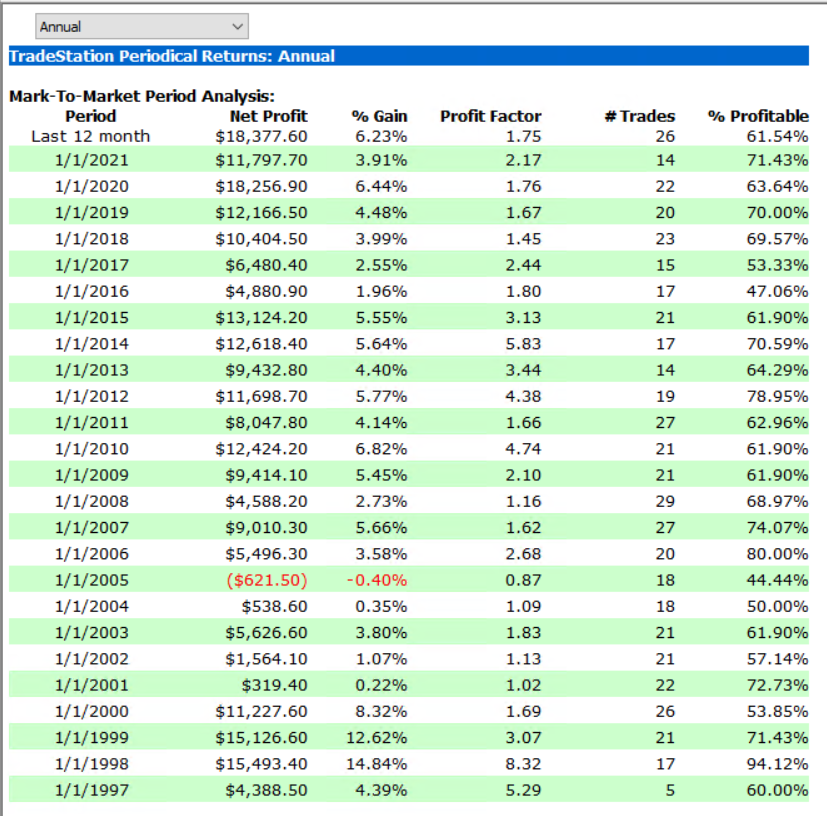 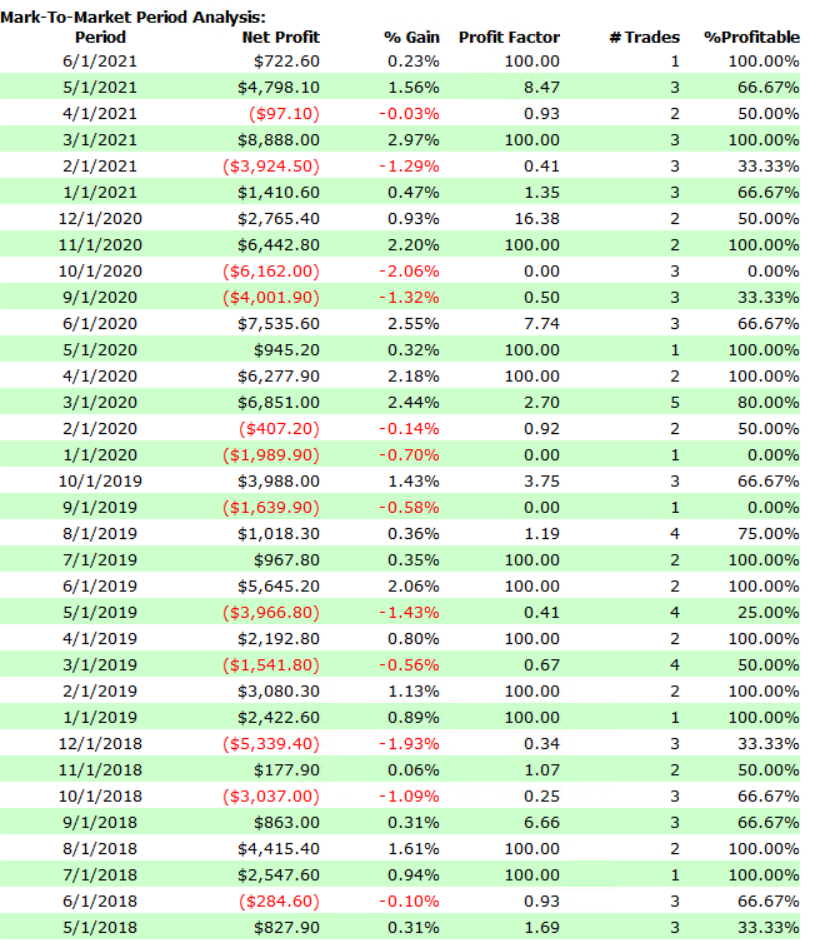 There are a number of options to be used for fitness

It is possible using NetProfitPercentProfitableRationAveWinAveLess that systems choosen & results could vary significantly.

The settings are very different to ES/YM/NQ day trading systems.

Compare2 instead of entry any indicator cross.

Macros and data file to be added into the file depository

Nearly 3 weeks elapsed since I build the systems, and had time to chose them... so i'm a bit rusty on this.

Optional step. Validate on other markets.

After a post on the forum of a new user having great success on the forum building day trading systems that had good results on numerous markets,

I though I would try verifying on other markets. This is a step that's good to do, but I normally don't do this.

Note the Dax data is the same local time as all the other USA markets.

Observe that EMD and YM are giving good results on this system.

I chose this system below as all members in the family had nice Walk-forward curves there were parallel, and they all had good results on EMD and YM (emini dow)

Note there is only 140 trades in the final WF current results. Normally I would discard this system for that reason. I felt its still a good system and the fitness used in affect could be the cause of this.

This system is the first one I have ever built with fitness below. Incidental, if this fitness was used in EWFO (you need 20210606.2 version or later) the parameter stability was 100%, but I didnt like the final results so much. 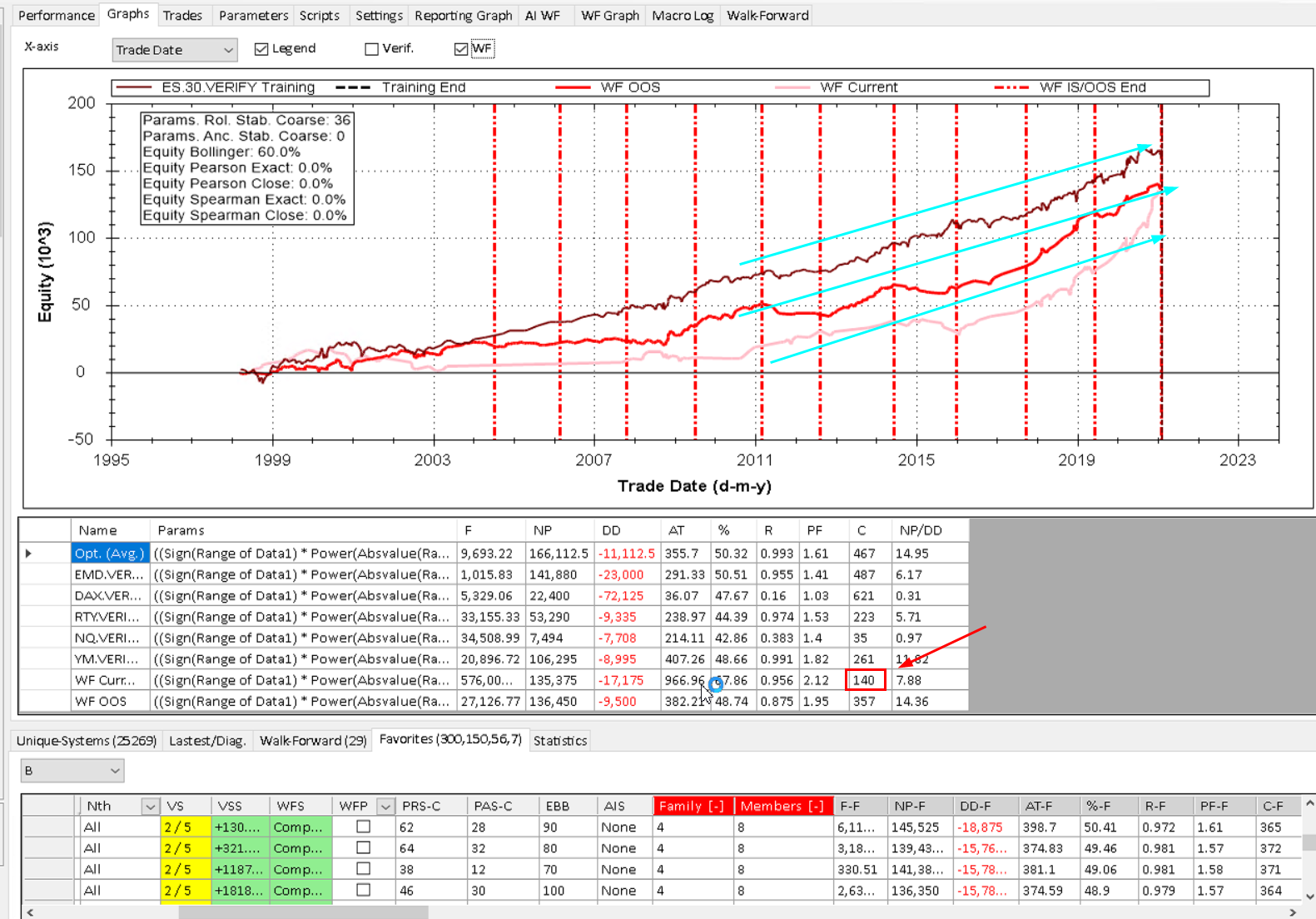 Normally I would have liked higher anchored (my strongest preference) and higher rolling WF stability numbers, but chosen the system on the basis of good out of sample results,

nice parallel WF curves. You can see the results varied a fair bit with each member of the family, but overall rolling stabilty was fair, though anchored poor.

This step is only for advanced users, and those willing to put in a lot more work. If you don't understand this paragraph, ignore it.

The first time I build a new system that's very different setup to what I have done before, I manually optimize each input in Tradestation & EWFO

I also recommend NOT to optimize the stop and profit target in TS. This can be left as $4000 stop and $2750 P.T., or you can optimize this when the system is finished.

What I found with this system as that it worked best with one of the weights set to 1000. This in effect is sign(inidcator1). So the indicator will return -100, 0 or 100

Below rolling WF. This is a harsher stress test of a system, and there are less data points to curve fit parameters. GSB systems rarely give higher out of sample results on rolling WF,

Results of the system out of sample are below. The top system is this one just made. The bottom system is the benchmark system made June 2018

Out of sample results. Nothing in this entire process was done on data after 20210226

More work could have been done going though what system(s) to choose in this tutorial. I see that as the biggest weakness of whats written.

See step 3 to 6 on building Nasdaq S&P500 or dow systems for the steps to take.

This concludes my work on this type of system. The reason is I now have enough long only systems with a great variety of architectures.

OvernightES. Enters after hours, trades always under 24 hours long. Written by a human. (me)

SwingDax. Written by a human, non GSB system. All trades < 24 hours but overnight.

Vegas. (Under systems for sale when i get around to it) Written by a human. Trades ES, YM, Dax. Very old system.

Works on day of month and price patterns 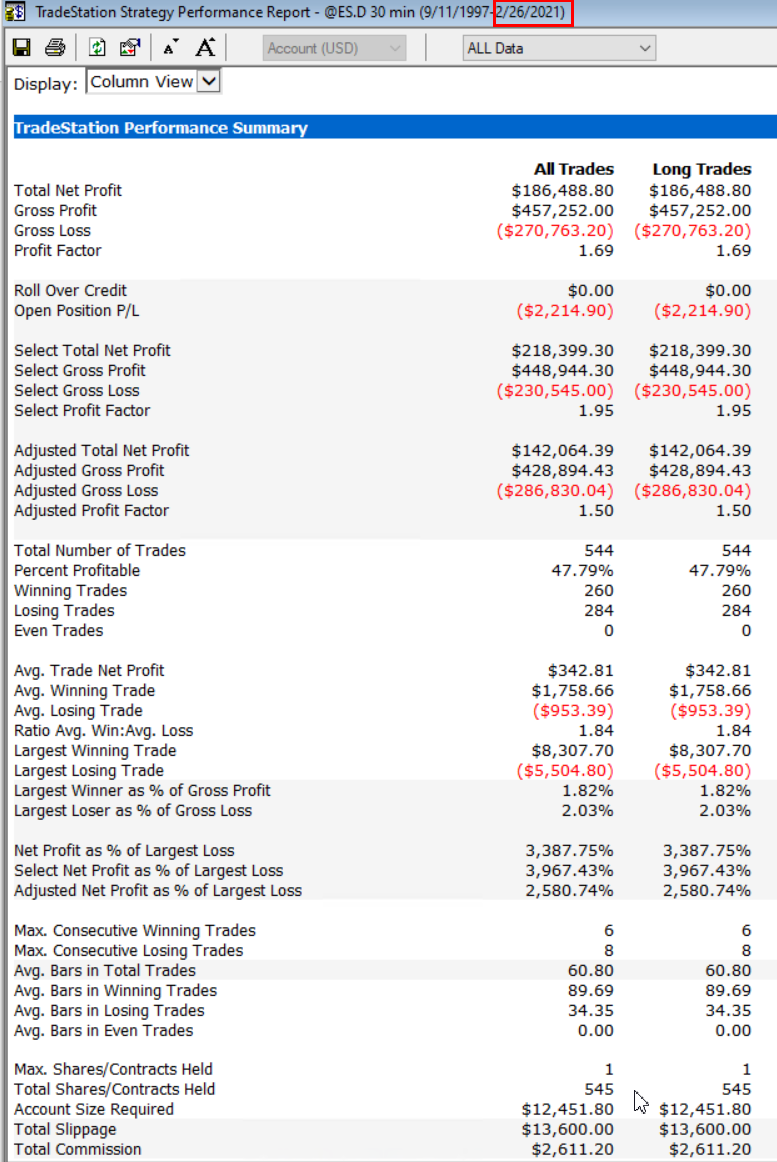 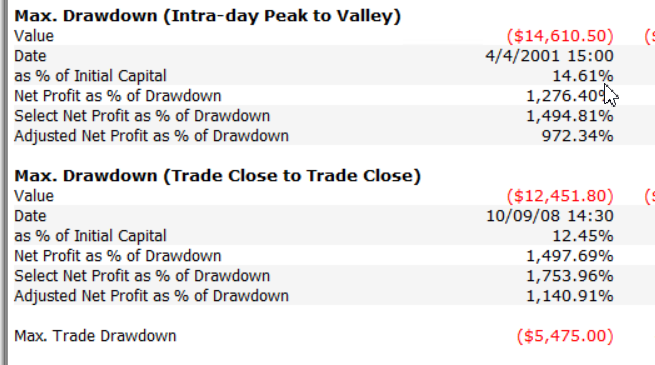 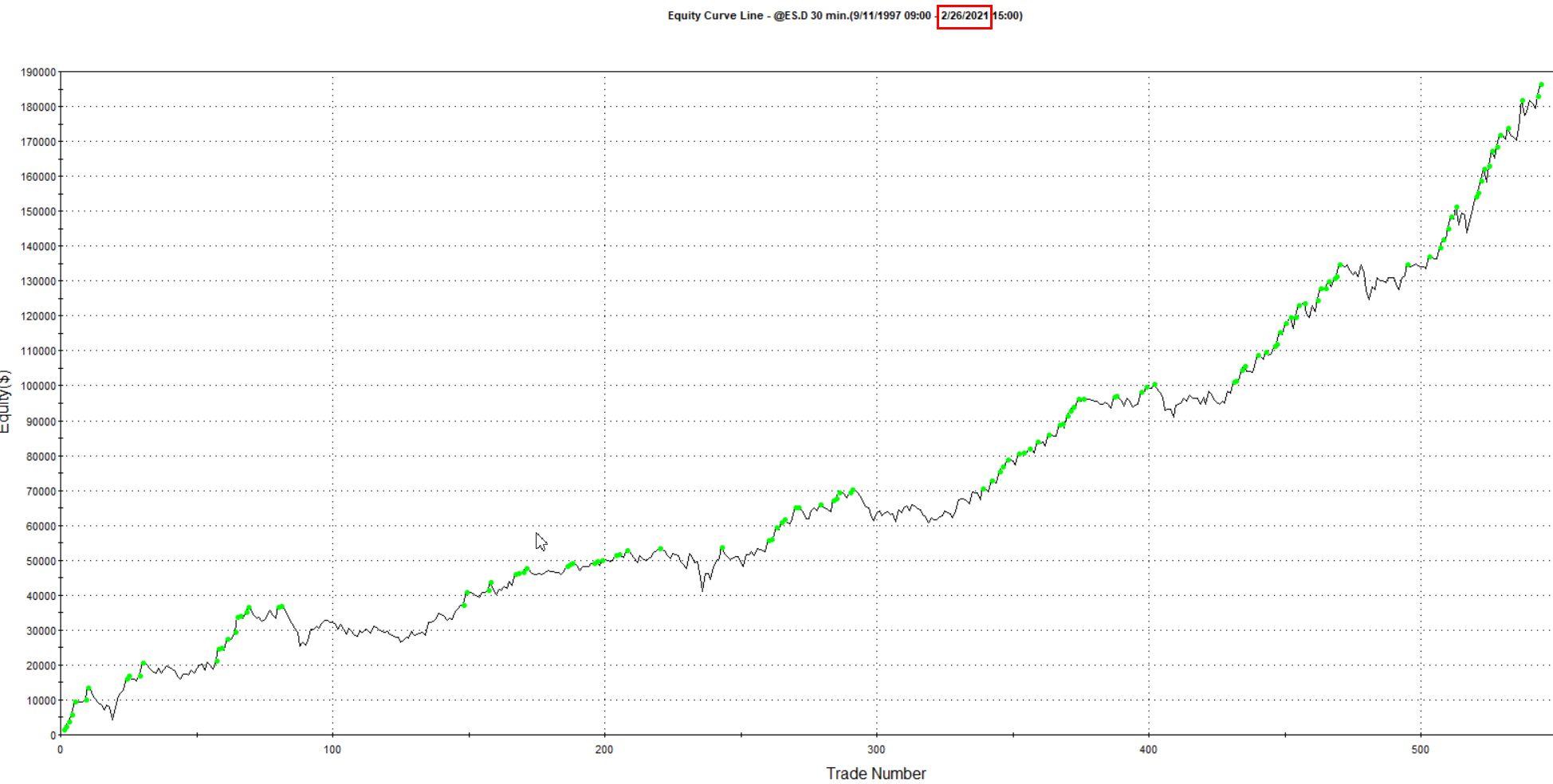 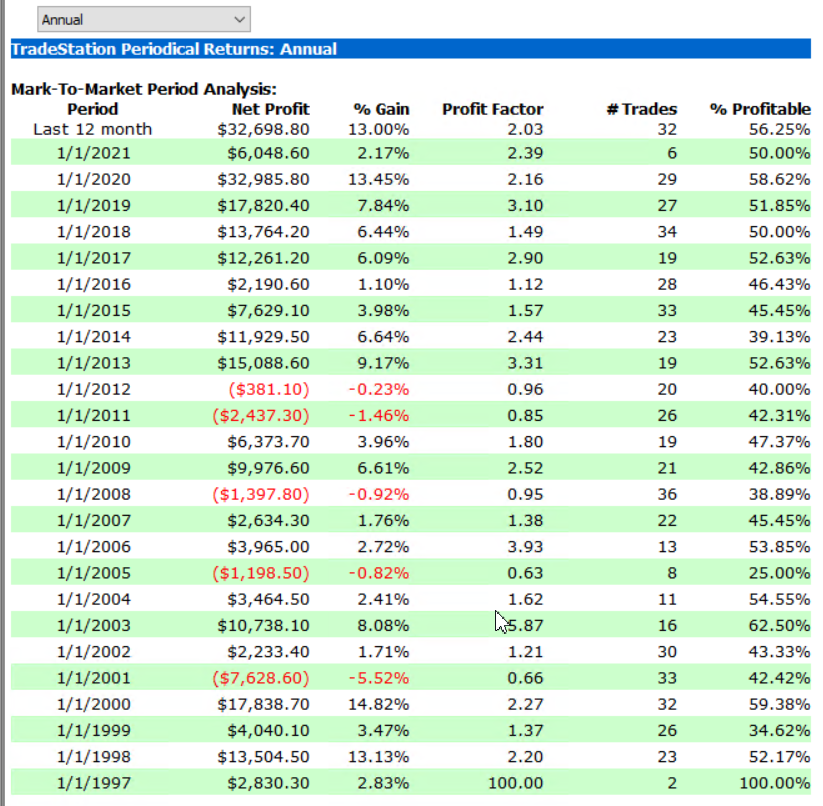 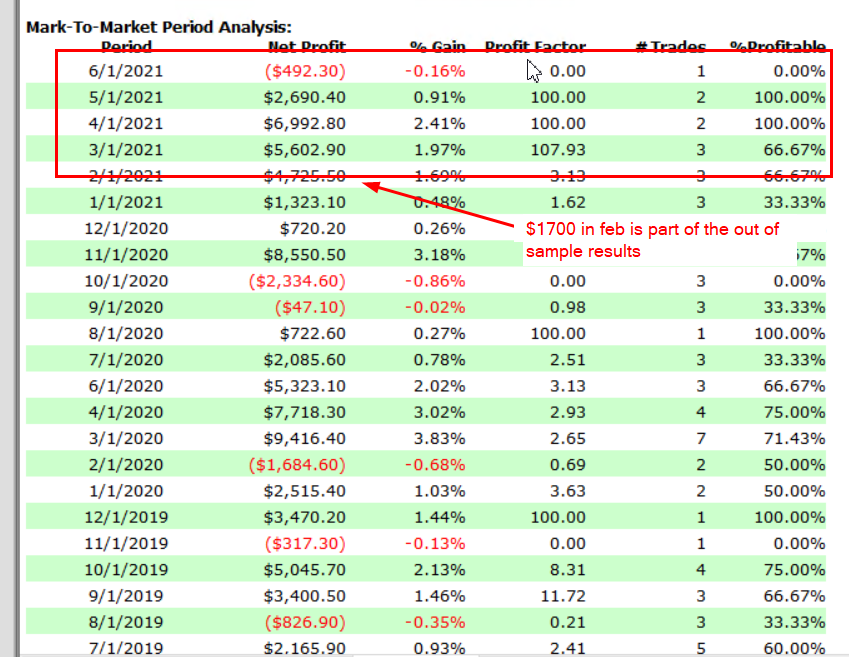 I suspect compare3 entry type works better than other entry types in some circumstances. This will be in the next build of GSB

Compare3 is compare2 with weights and entrylevel all set to zero. 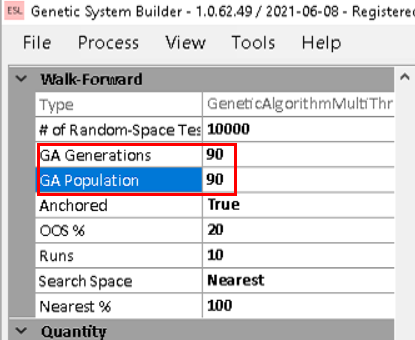 So we go long when

if result Crosses result[1] then buy...

Indicators (Which are normalized) as far as we are concerned are wither below zero, zero or > zero.

The average walk-forward out of sample was $203867.5 (zero slippage). This is a WF of all members of the same family. (A family is the identical system, but with different parameters) 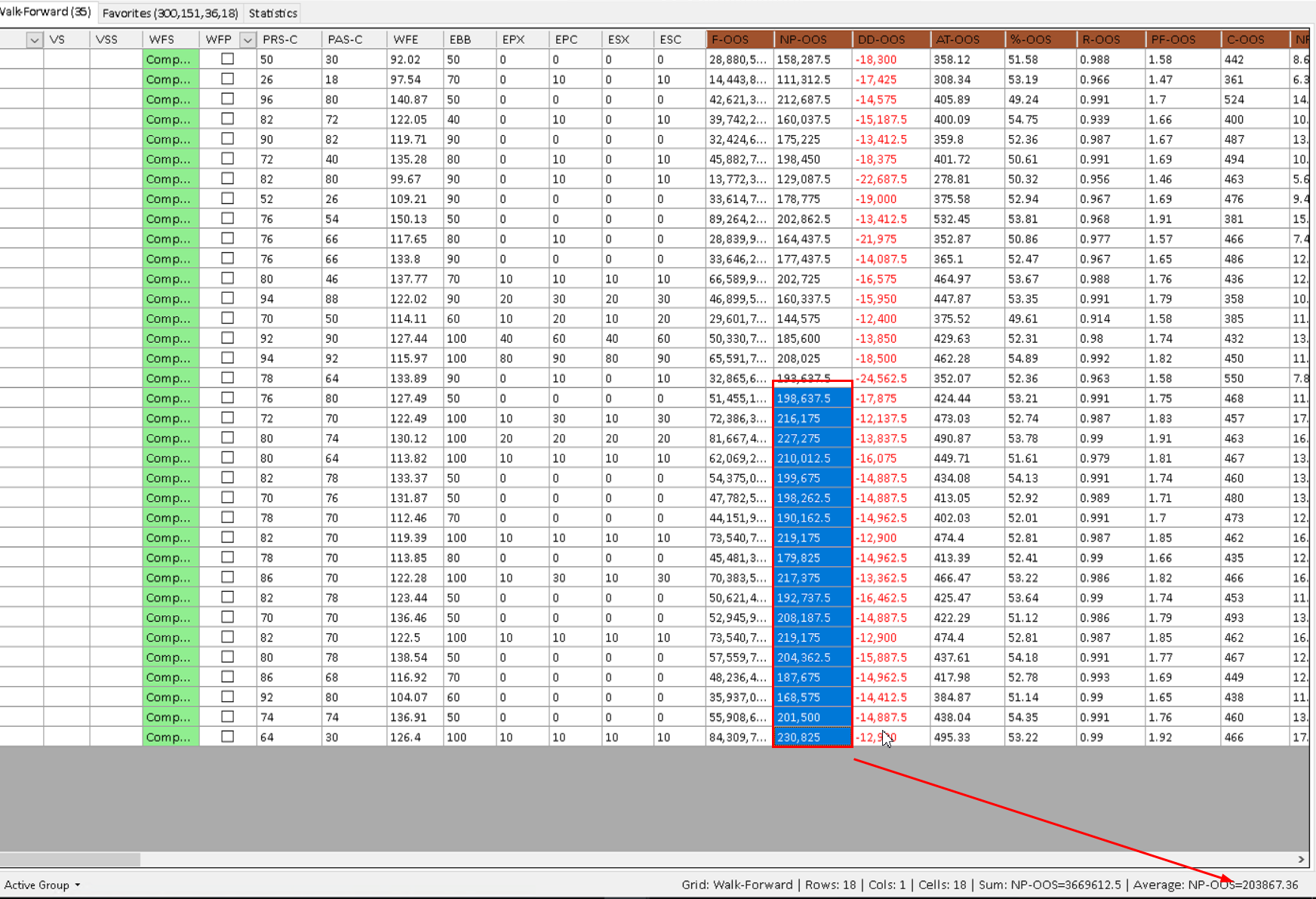 average is $163602. Why this is down is numerous wf final parameters give very few trades. I suspect this is due to the fitness used to do the WF.

Later build of GSB will allow WF of different fitness to what the system is built on. 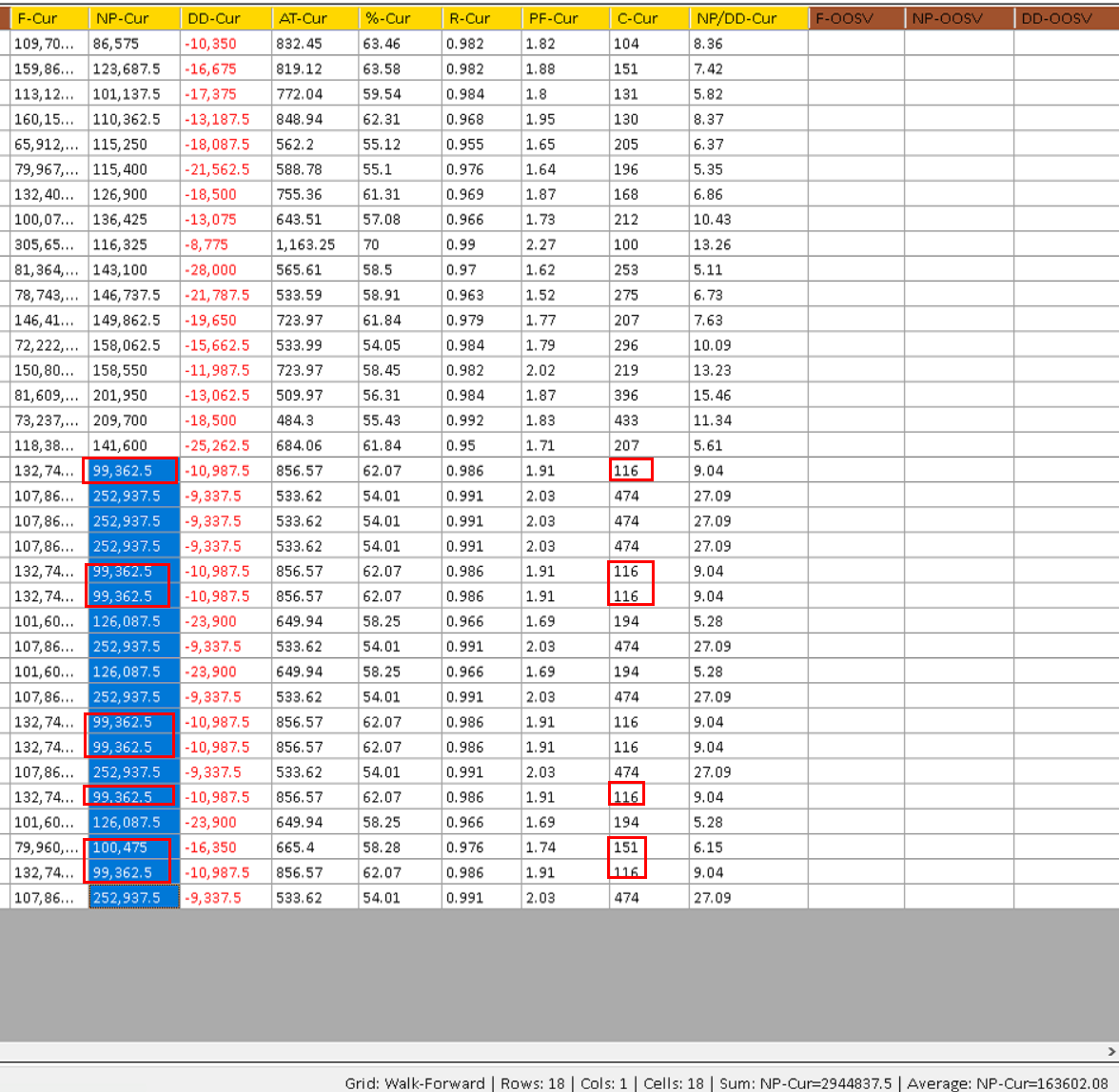 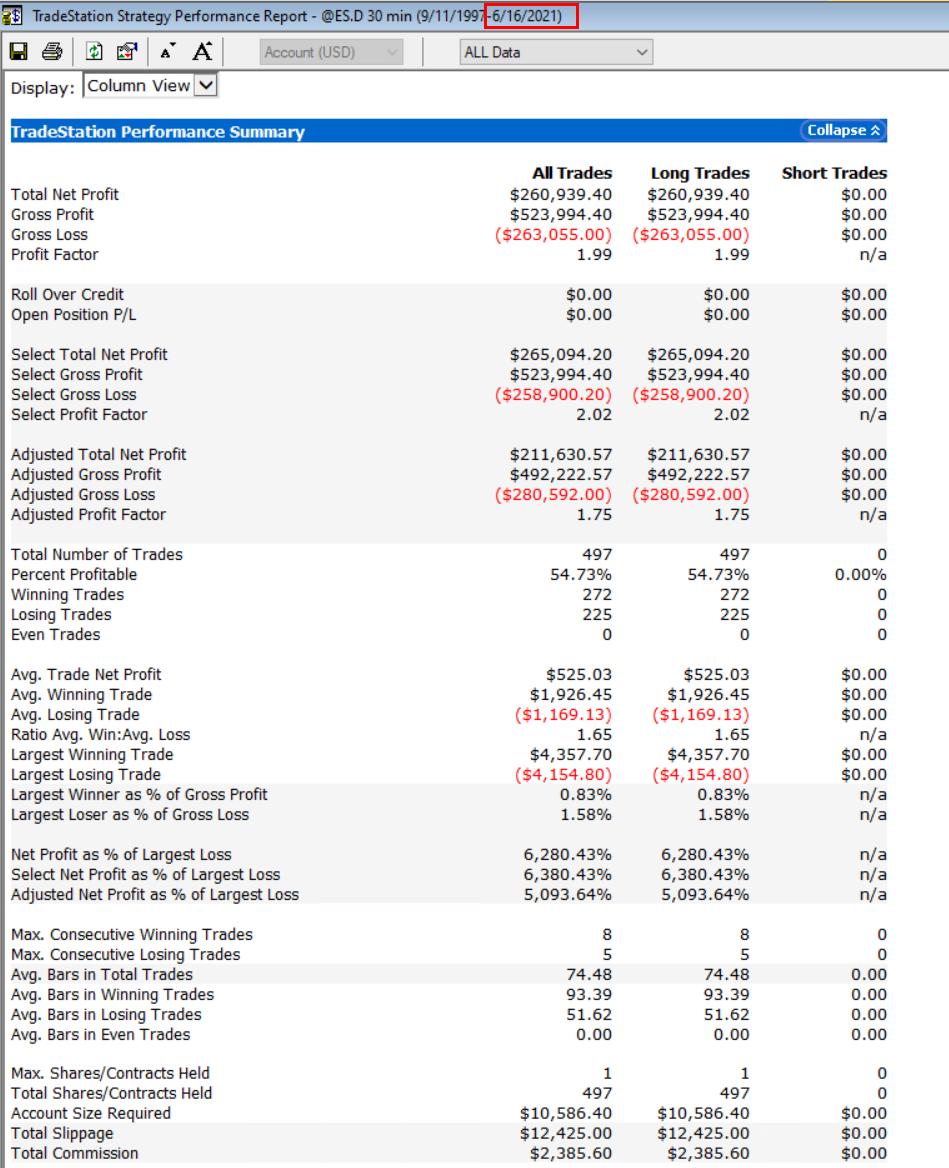 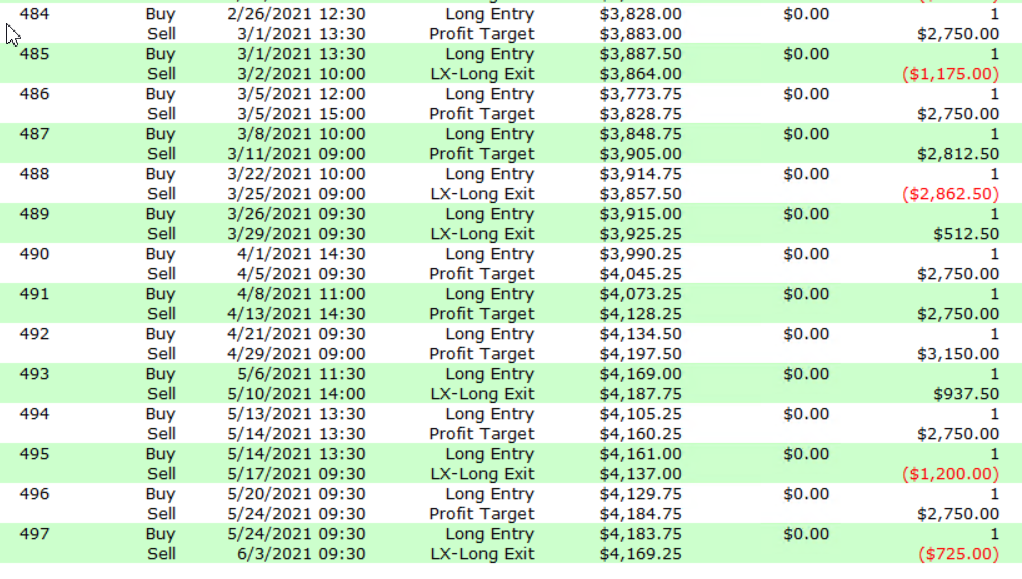 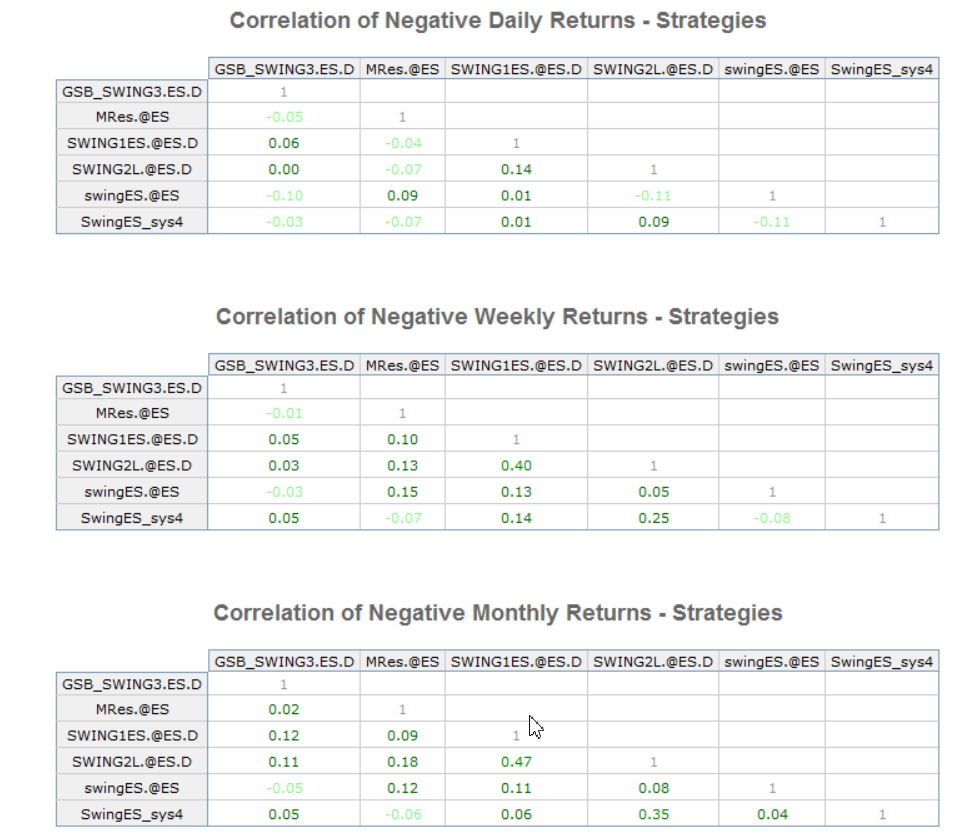