Part 5. Day of week filters & GSB on the Dax

There often is a reasonable strong and consistent bias per day of week, that is separate long and short.

In most but not all cases, week days are still profitable, but less so than other days. The trend is even stronger if slippage and commission is added.

I do not like to build systems with DOW filters. My logic behind this is I want as many trades as possible to avoid curve fit.

Shown here is a DAX system with zero slippage and commission.

I think the Dax market is not well explored with GSB yet, especially with the closedbpv filter combined with secondary filter Closetohighlow3 filter. (NOT normalized)

The Dax is possible the market I have made the most profit on, with RC2dax. The first system that the pre GSB system builder made. RC2dax has a significantly different architecture to GSB systems and it had a number of human designed filters to reduce the amount of trades.

The following system uses the GSB_CloseLessPrevCloseDBpv2 secondary filter which used to be the default secondary filter. Now many markets work better with  Closetohighlow3

If you are trying the methodology on the Dax, you should also try 830 and 930 start times. See the gold videos for how this was done.

I did not write this Dax system, and don't think its quite good enough to trade live. The example is shown for teaching of concepts only 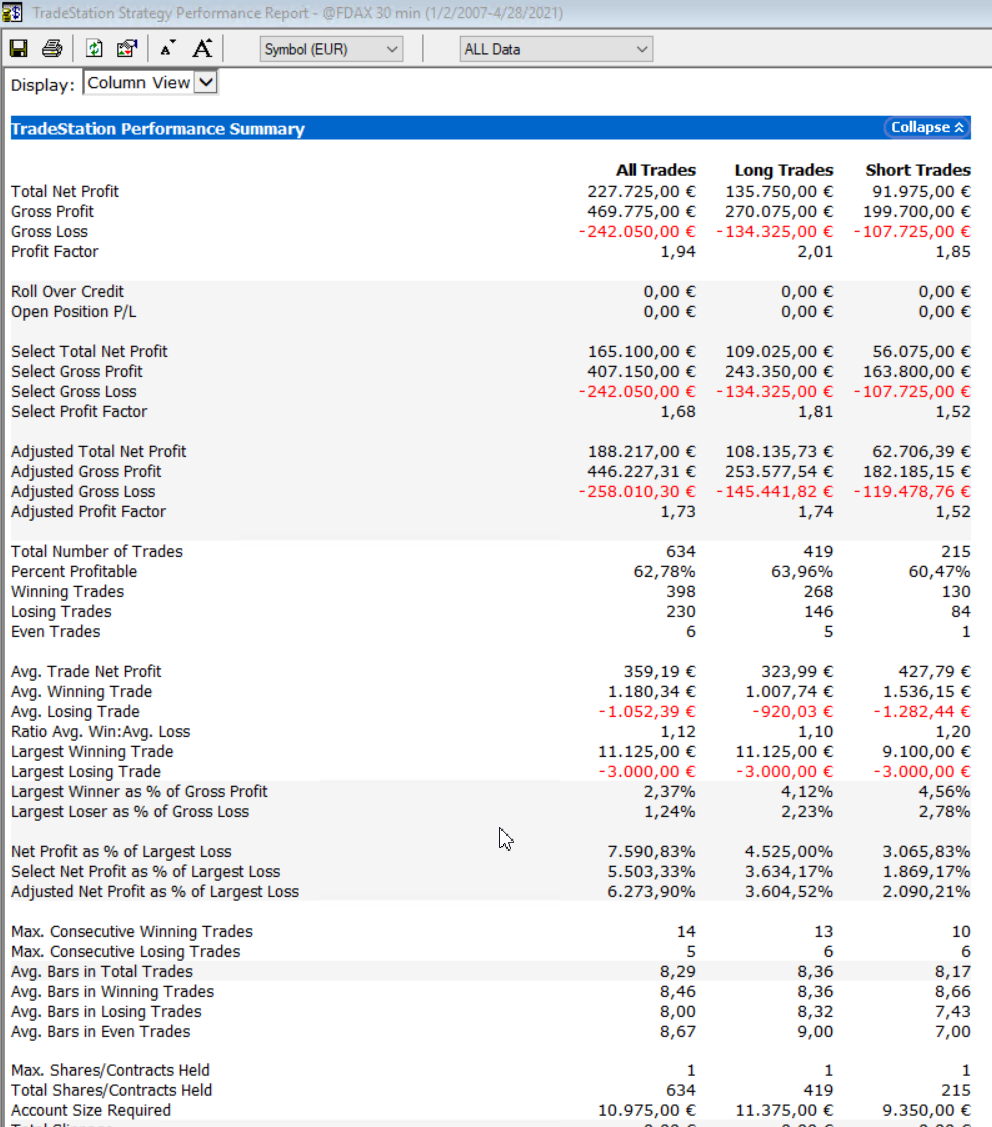 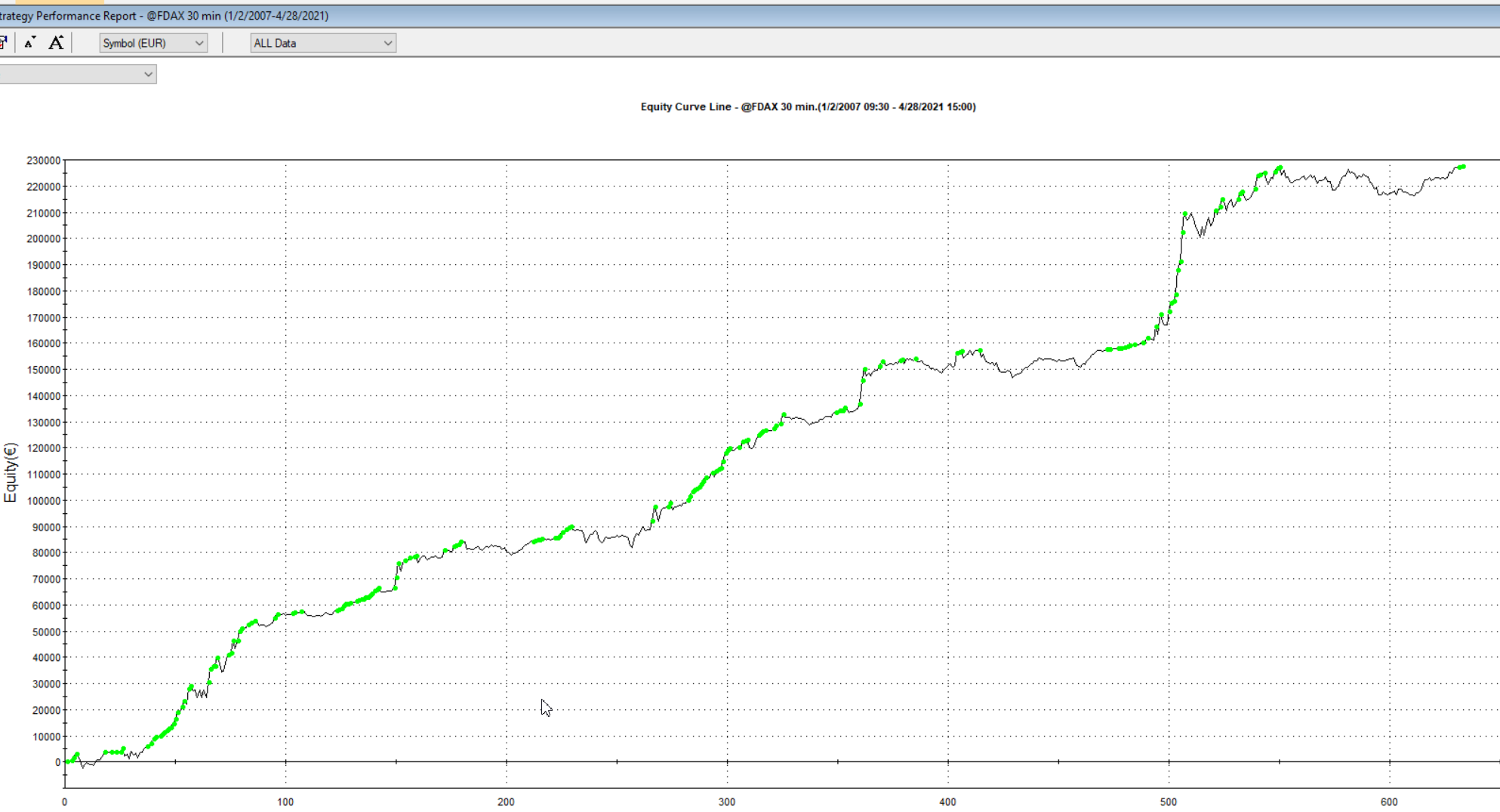 Day of week code added for longs. Note we allow a short trade to reverse on the long day of week filter. (if current contracts=1) 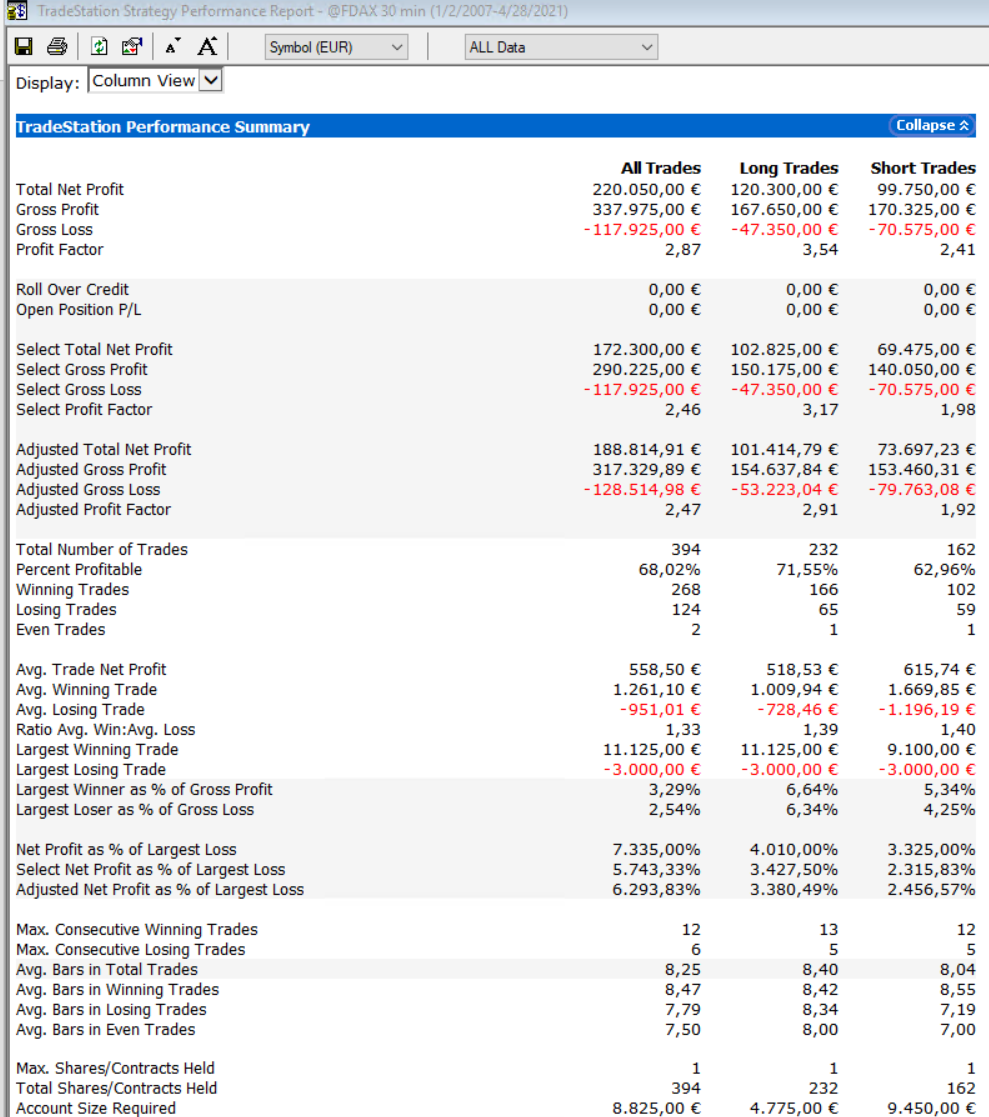