My live fills are here. 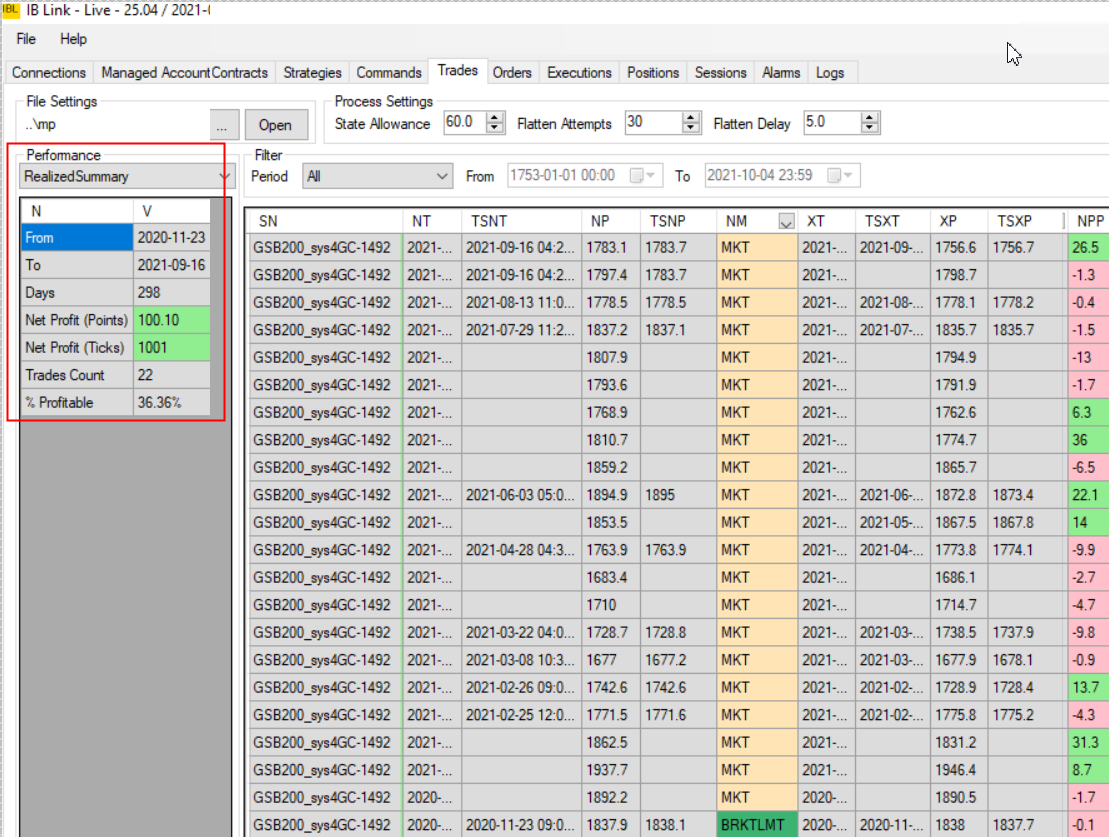 GSB4GC was a standard GSB system, with parameters being chosen by GSB

On October 1 2021, GSB4 was re-optimized and some additional NON GSB logic was added. (This was also done some time ago with GSBsys1GC which lead to significant improvement in out of sample results)

This means we have two variations of the same system with mild negative correlation of trades. There is also a pyramiding version of GSB4B which in historical trades gave increased performance

with little change in draw-down. GSB4b and GSB4b pyramiding however are highly correlated and you should trade one of the systems, not both.

Note the pyramid version will have high correlation to other systems too.

Note also the in sample draw down on the pyramid version was excellent, but there is a real possibility you will get stopped out on two contracts at once in the future.

You can of course trade mini GC or micro GC contracts. To preserve liquidity, there is a limit of 4 emini or 4 micro contracts per system as a condition of buying this system.

If pyramiding is on, you can have 4 contracts on the first trade, and 4 on the second trade (should it occur) 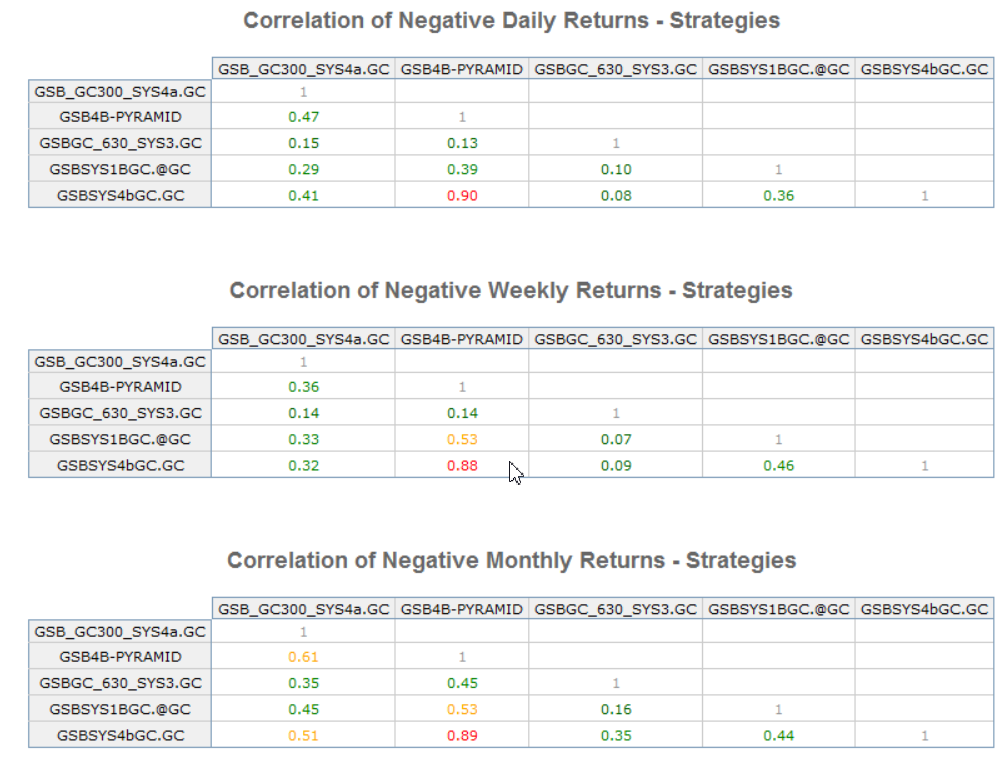 To purchase, fill in the NDA here & email it back. Not needed if this NDA has been filled in before.